Speed Cameras in the UK

Pretty well every motorist across the country is more than aware of the presence or speed cameras on our roads. Some welcome them, some are anti-them, all of us, however, have, broadly speaking come to accept them as part of today’s roadside fixtures and fittings.

The first to make an appearance in the early 90’s was the Gatso with a radar technology to determine the speed of the vehicle as it passed and if the speed triggered it, to snap a photo of the rear of the vehicle and number plate, in a flash of light.

It snaps “rear-facing” to prevent startling or even fleetingly blinding the driver with the flash mechanism.

The photo also includes part of the three white lines painted on the road as background in the shot as a secondary method of proving the speed claimed.

The photographs taken on a traditional roll of film, could of course run out, although the mechanism still “flashed”, film loaded or not, certainly a deterrent.

Originally the cameras were grey, often melding into the background until in 2001 laws were passed ensuring all cameras were painted bright yellow to increase roadside visibility. 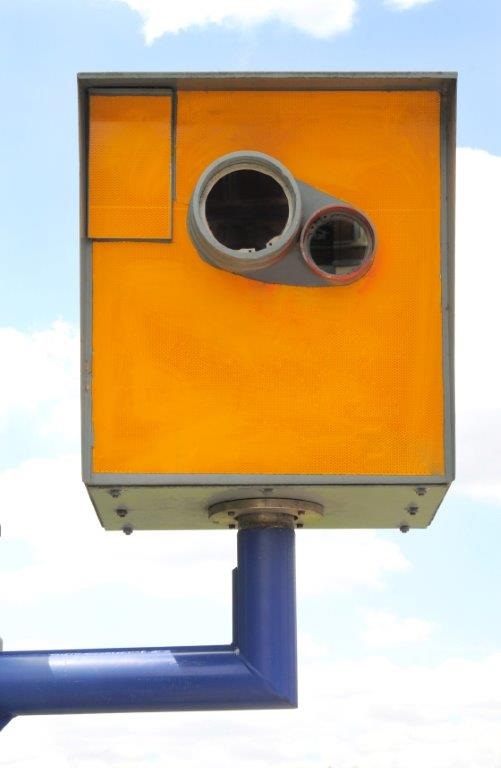 The other original roadside mainstay is the Truvelo camera, now equally familiar, but using quite different technology.

This is a forward facing camera, but the hi-tech stuff is embedded in the road surface on the approach. These are four piezoelectric sensors which virtually instantly recognise the speed of the vehicle as it goes over them, and activates the camera.

It is forward facing, that is, it takes the snap directly at the front of the vehicle, taking not only the number plate, but the driver as they sit behind the wheel also.

This is possible because the camera is designed to “flash” in infrared, not visible to the human eye, but lights the subject perfectly for the camera.

With this type of photo shot, there can be no dispute as to who the driver at the wheel was at the time.

As with the Gatso, it also has a white line background on the road as a legal requirement of a secondary method of speed calculation.

Both these “stalwarts” of the system have, over the last few years begun to upgrade to rather different pieces of machinery.

The digital age is upon them, and although they operate still in front or rear-facing format, they operate over up to three lanes of traffic and are virtually maintenance free, either storing tens of thousands of digital photos until they are locally downloaded, or streaming their results constantly to the receiving authorities.